What I learned from Harry Dry about growing a newsletter

Harry Dry managed to grow his newsletter from zero to 19k subscribers in just one year.

I spent 5 hours studying how he did it.

Harry started without an audience and no connections.

As everyone knows, the first 100 subs are the hardest.

To overcome this initial hurdle he used a smart hacks: a compelling origin story. 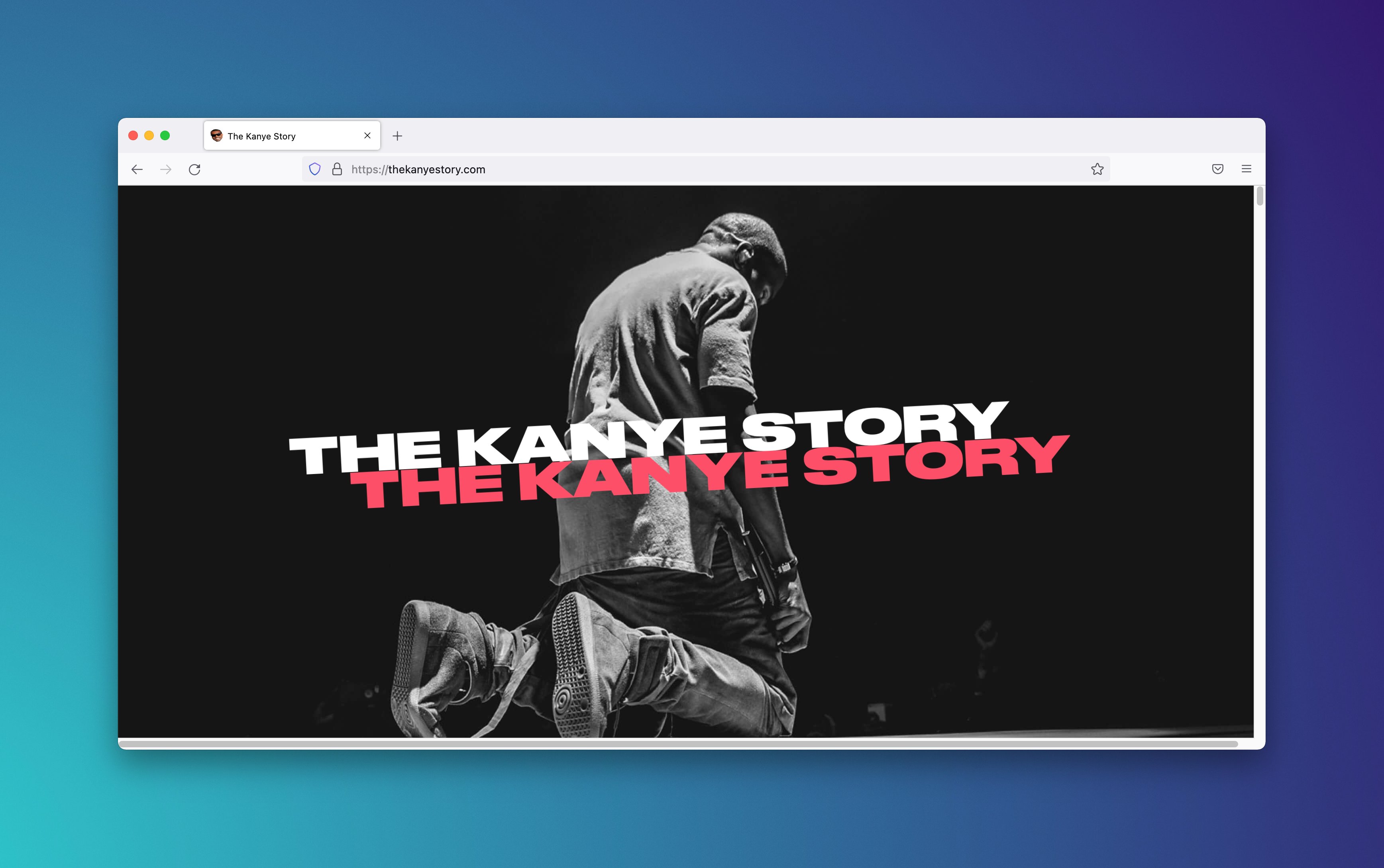 Harry published a blog post that tells the story of how he tried to build a dating site for Kanye West fans.

While the dating site ultimately failed, the story went viral and put him on the map.

After reading The Kanye Story every reader has some picture of what kind of a person Harry is:

A hustler who’s able to think outside the box.

Establishing these attributes through a story is 10x more effective than putting them into your Twitter bio.

Harry does not have years of experience working in the marketing industry.

So how is he able to put out so much great marketing content?

In his own words:

“None of my ideas are original. I’m just always looking out for that next thing to copy.” 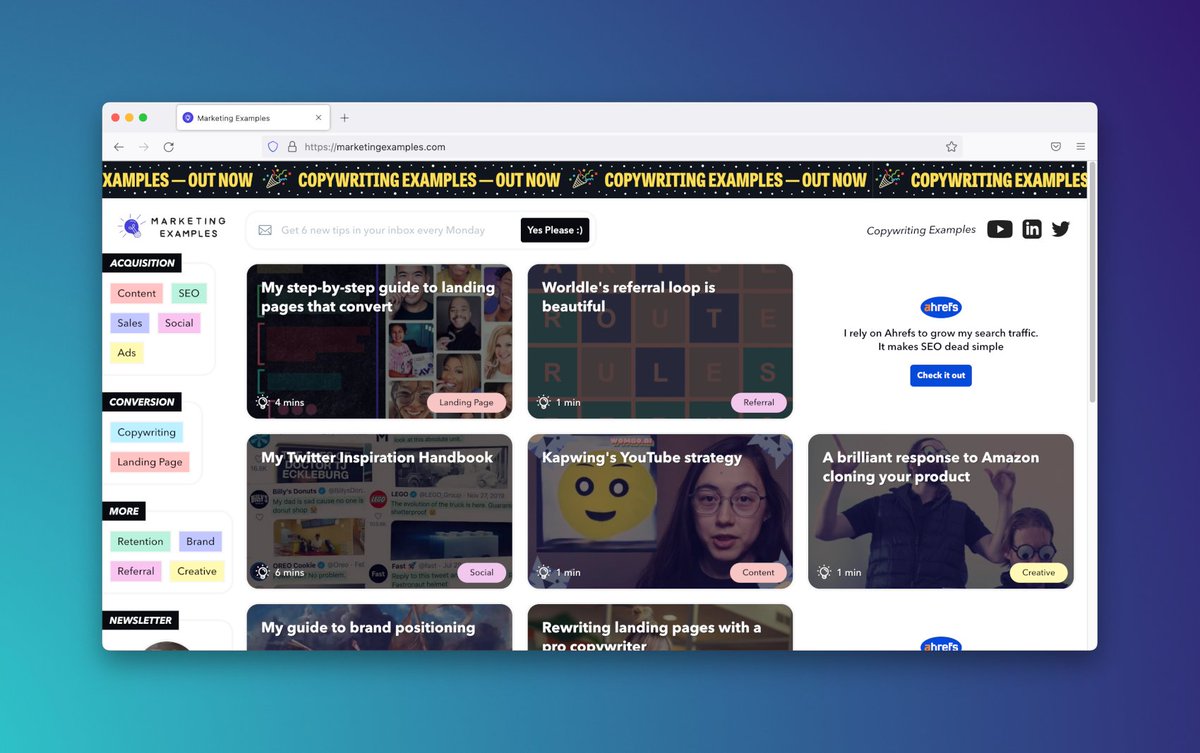 Many of his posts are clearly inspired by well-known sources.

But he does a great job at distilling the best parts and reassembles them in interesting ways. 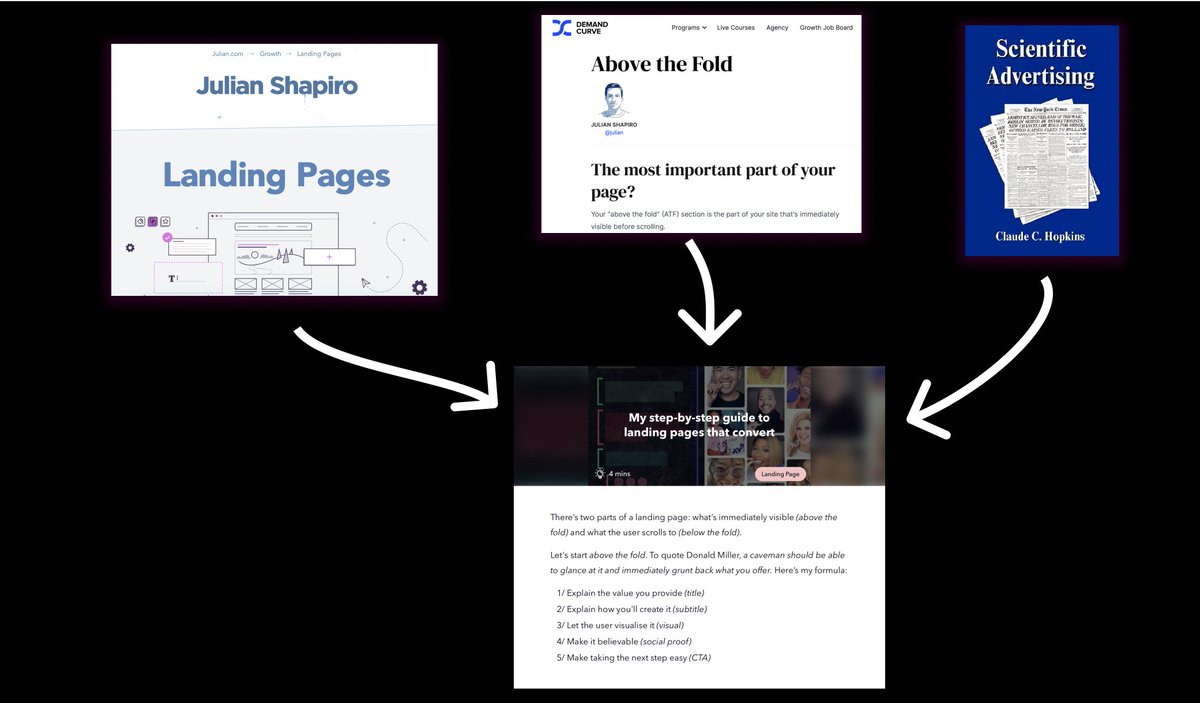 Now while Harry obviously has a great taste for picking topics that resonate, he doesn’t stop there.

He also uses the following tricks to set his content up for success.

When you copy any of Harry’s posts into Twitter, you get a perfect thread.

This is of course not an accident. 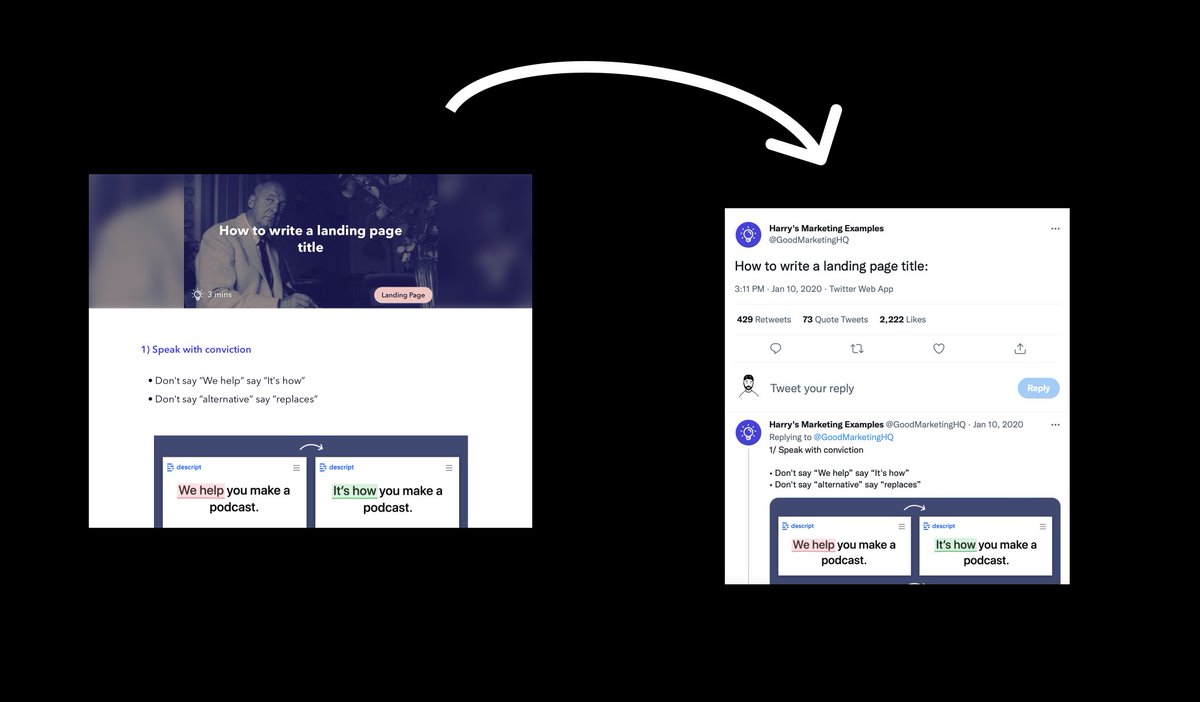 My estimate is that Harry spends 70%+ of his time creating visuals for his content.

Most posts have an image/text ratio above 50%. 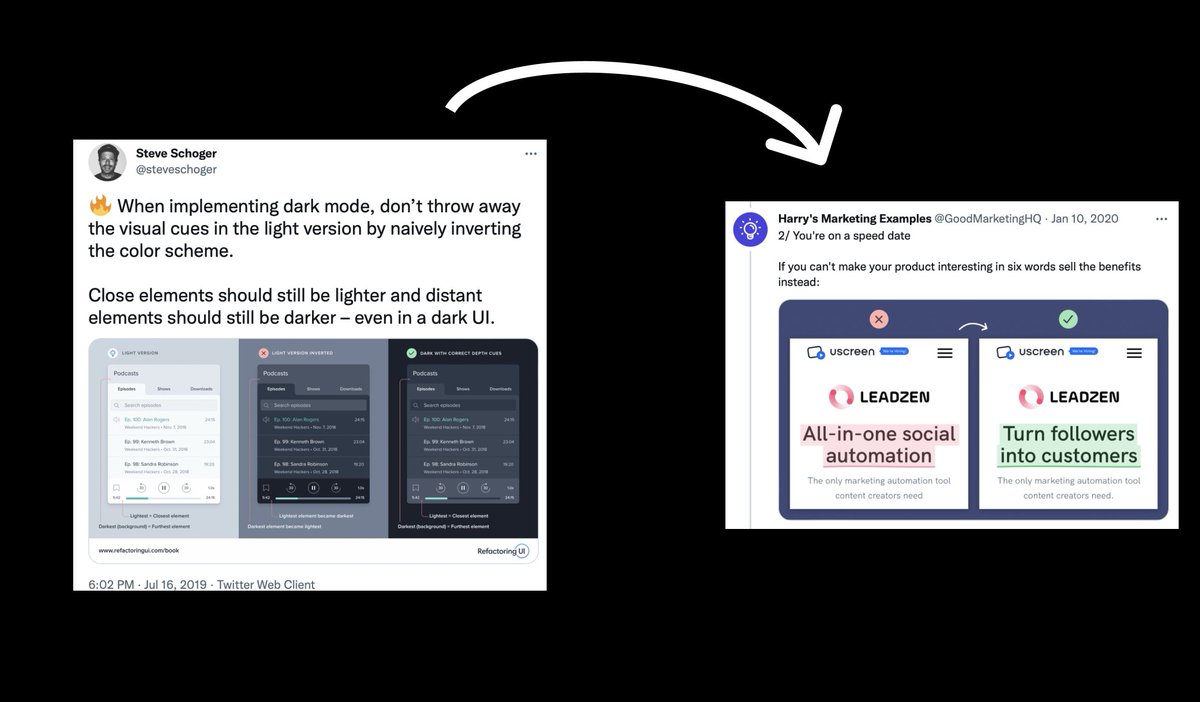 You’ll immediately understand that this isn’t some SEO-optimized junk.

The content he puts out is something you won’t get from someone paid per word or by the hour.

Harry’s personality and enthusiasm shine through in every paragraph

Most writers are insecure and try to sound overly professional.

He uses phrases like “Phew!” and ends his posts with his catchphrase “Over and out — Harry”.

All of these elements reinforce the personal brand Harry introduced in his origin story:

He’s a smart young hustler who freely shares his learnings.

As a result, he has hundreds of superfans rooting for him.

Great content, even if it’s perfectly formatted and enriched with engaging visuals is not enough.

You still have to work hard to get the word out and convert readers into subscribers.

Here’s what worked for Harry.

Harry posts his content in all the places where marketers typically hang out.

One smart trick he uses is to tweak the title for each audience.

However, the only way to learn how to do this is to look at the top posts on each platform until you develop some intuition. 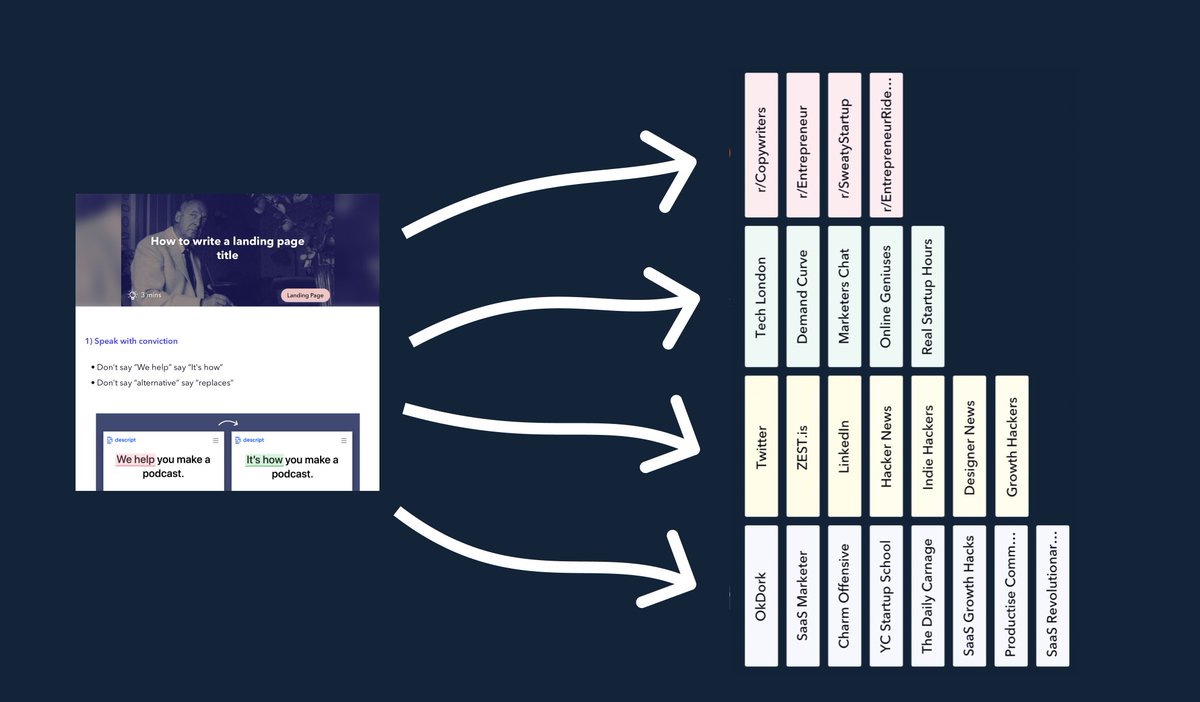 Most people have just a bunch of social share buttons below their posts. 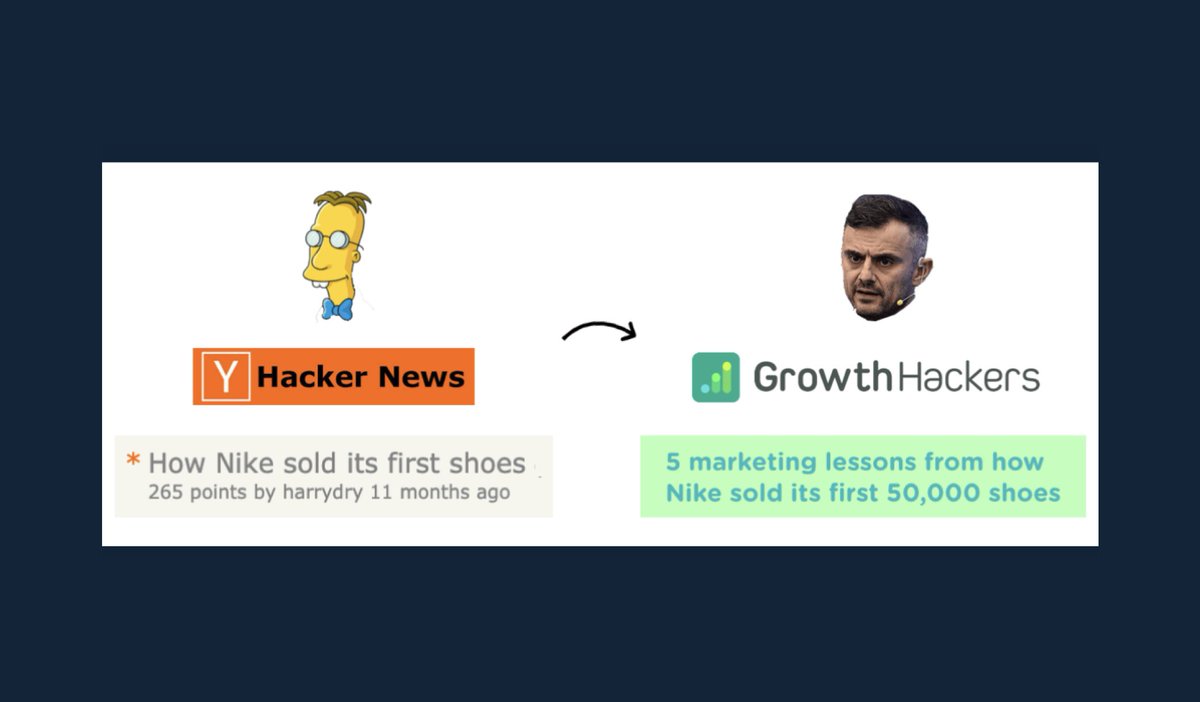 This is smart for two reasons:

Moreover it’s smart to bundle the energy on Twitter since this is where he (like many people) is seeing the biggest returns. 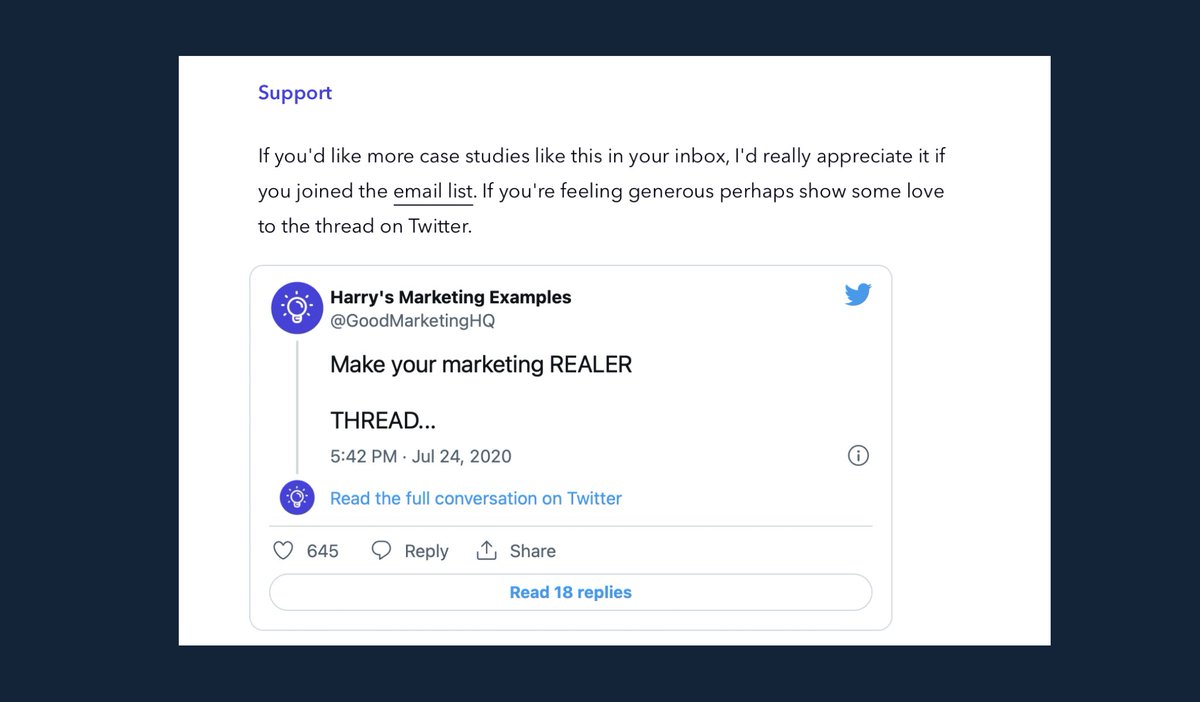 But incredibly, 50% of his total sign-ups are via exit intent popups.

People are already in the process of leaving the site. So there’s nothing really to lose by asking them to sign up to the newsletter and a lot to gain. 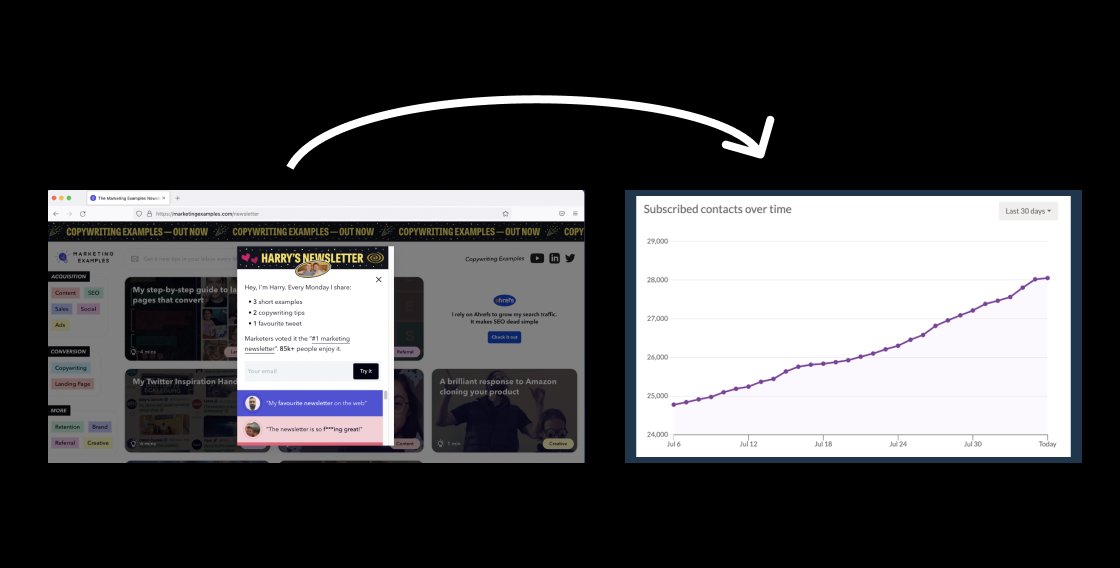 Harry creates megaposts and then does a big launch:

This def added thousands of subs to his list. 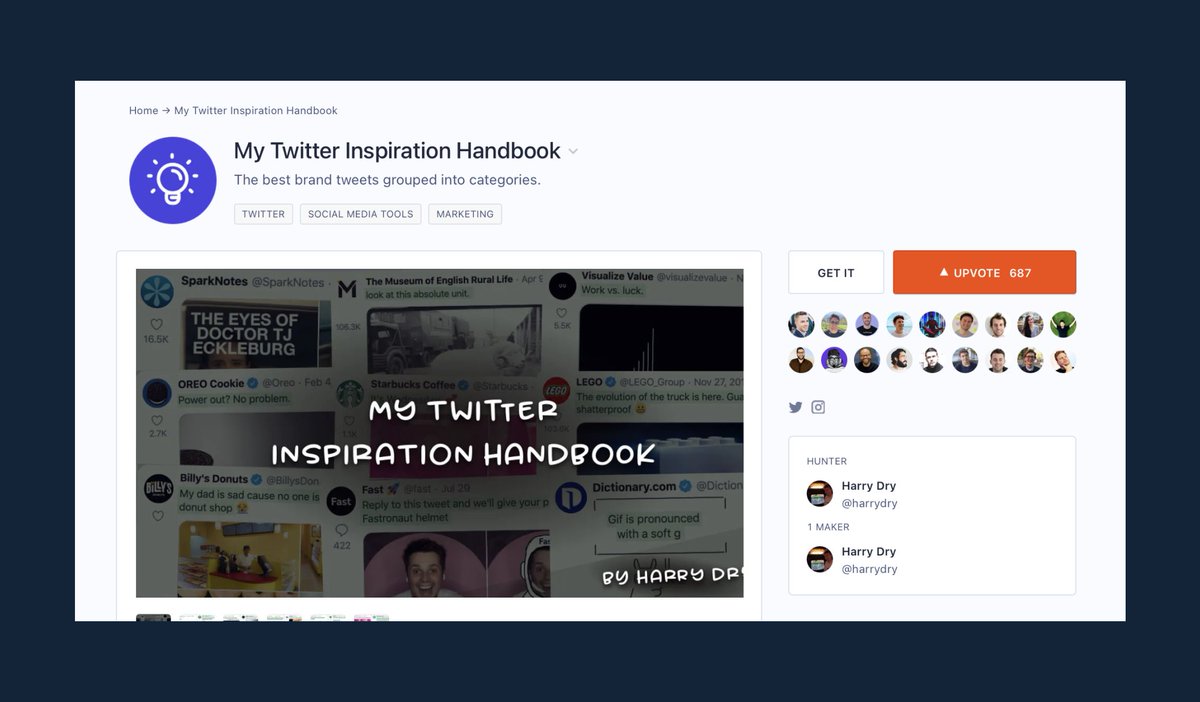 f you sign up for Harry’s newsletter, he immediately sends you an autoresponder sequence with the best actionable tips from his site.

Giving new readers small, quick wins like this is one of the best tricks to get them psyched to keep hearing from you.