I studied physics before becoming an entrepreneur. And there is a character in physics that very much reminds me of Gary Vaynerchuck.

His name is Nima Arkani-Hamed. He has tons of raving fans and is considered by many one of today’s leading theoretical physicists. But if you look beyond the surface, it’s mostly hot air. He’s a great salesman and that’s about it.

You would imagine that this is the core metric theoretical physicist are judged on. But nope. That’s not how things work anymore.

Nima understood early that theoretical physicists are no longer judged on the fact of whether or not their theories are correct. All that matters is that they’re interesting. And there’s a second secret: with strong-enough sales skills you can make any garbage seem interesting.

Now admittedly Gary Vaynerchuck has a better track record. Quite a few of his predictions turned out to be correct and has a track record of running successful businesses.

He’s a competent entrepreneur. And also Nima, despite his horrible track record, is a competent physicist. However, neither of them deserves the fame and status they have based on their competency alone.

Interestingly, the playbook and tricks they used to turn themselves into larger-than-life figures are surprisingly similar. Both used it to skilfully to dominate the attention economy in their respective fields.

If you look at the transcript of one of Nima’s or Gary’s talks, you’ll notice just how little interesting information is included. But if you listen to them talk, you can’t help but be mesmerized.

They will pull you into their world and keep you captivated until the very end.

What they both understand is that the world rewards whoever is best at communicating ideas, not the ones with the best ideas.

They both have the gift of gab and charisma is of course a huge topic in itself.

But one charisma secret worth pointing out since they’re using it so effectively is the idea of energy transmission. If you speak with overflowing enthusiasm, listeners can’t help but get excited as well, even if you’re talking about the dullest topic like Microsoft Excel.

There are many little tricks they’re using to achieve this effect. For example, both regularly start new sentences before finishing the previous one. This gives listeners the impression that their brain is overflowing with ideas and that they’re barely able to contain their excitement.

While there are definitely breathing routines and substances you can use to get into a higher-energy state, faking enthusiasm is far from easy for most people. So in the long-term you’ll need to find a way to truly convince yourself, possibly using affirmations or incantations.

To quote Nima: “To make a career in physics you truly need to convince yourself that what you’re doing is the best and most important thing in the world, even if you think it isn’t.”

Dive into every trend

Most physicists are skeptical by nature. Everything is wrong until proven otherwise.

For Nima, however, everything is an awesome idea, every statistical fluke is real until someone is able to prove that it isn’t. This allows him to ride all hype trains and be omnipresent.

This is a surprisingly safe strategy. It’s far too much work to disprove every single bullshit theory. And if you want to be extra safe, you focus on theories that are not even wrong.

Analogously, Gary likes to emphasize that you’re sabotaging yourself when you use labels like “I don’t like X”. He’s maximally open-minded. For him, every new trend, every new platform is awesome and surely the next big thing. Just like for Nima, this allows him to stay in the news.

Both not just play along, but sing along from the bottom of their hearts.

Another benefit of this strategy is that everyone who wants to believe that this new shiny thing is indeed the real deal immediately sees you as an ally. You’re on their side!

In her excellent book Lost in Math Sabine Hossenfelder describes Nima’s approach as follows: “He works on something for a while and gathers followers, and then he moves to something else the next year.”

People who are more skeptical usually care little about who is preaching the gospel. Hence as you hop from trend to trend you build up an army of people who see you in a very positive light, while the number of people who understand what you’re really doing remains comparatively small.

Being positive pays much bigger dividends than being negative.

Compare yourself to the greatest that have ever lived

Gary confidently states: “I’m going to be the next Walt Disney!”.

Nima is a bit more subtle. He wants to be seen as the next Einstein. But instead of proclaiming that directly, he tells the story of how his physics teacher teased him: “You’re going to be the next Einstein, and I’ll be that guy who gave you a B!”

What they both understand is just how catchy these kinds of comparisons are. Much better than thousands of words they invoke an easily understandable and shareable picture.

This trick is analogous to how startup founders often summarize their idea as “X for Y” (e.g. Airbnb for Dogs, Tinder for Dogs, …).

“People will do anything for those who encourage their dreams”. This is how Blair Warren’s starts his One Sentence Persuasion course.

I have no idea if Gary or Nima ever studied Blair’s course, but they clearly understand the effect it has on people when you encourage their dreams.

Similarly Nima claims: “There has never been a better time to be a physicist. The questions on the table today are not about this-or-that detail, but profound ones about the very structure of the laws of nature.”

If you know a thing or two about physics you know that this is complete nonsense. Physics has always been the quest to understand the very structure of the laws of nature. And there has never been a worse time to be a physicist, especially a theoretical one. There has been zero progress in theoretical physics in the past 50 years. Without surprising findings on the experimental front this is very unlikely to change anytime soon. And given that all recent big experiments like the LHC didn’t find anything that didn’t fit into 50-year-old models, there’s not much left to hope for. The next big collider will take around 20 years to build, if it gets built at all. And there are not many compelling reasons to expect that it will find anything interesting.

Nima knows all this. And still he makes these grand claims.

Because just like Gary he knows that this is what people want to believe. And if you’re the one who allays their fears and encourages their dreams, they will become loyal fans.

Gary and Nima both love to paint ridiculously large visions.

Right now, Gary can’t stop talking about how his NFT project VeeFriends will become a household name like Pokémon.

Similarly, one of Nima’s recent pet projects was the Amplituhedron. He hyped it up to the max for a while, claiming it would revolutionize how calculations in particle physics are done, and got lots of people excited about it. But once the dust settled and he moved on to the next shiny thing, not much was left. 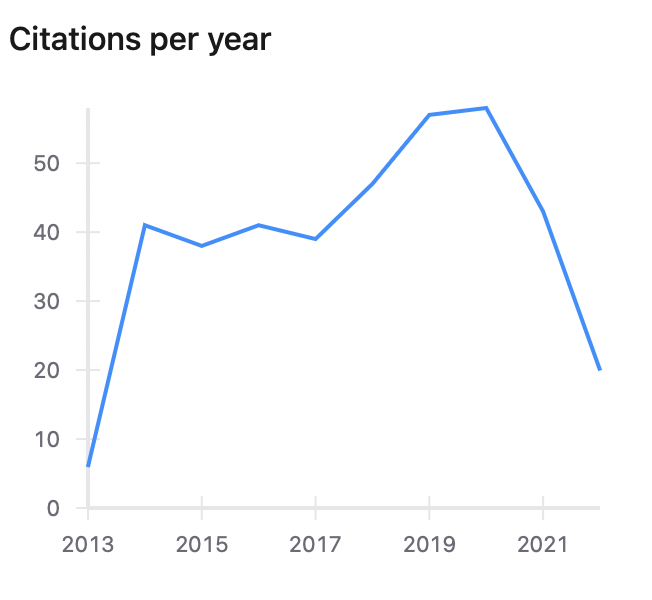 Wanna bet the Google Trends curve for Veefriends looks exactly like that in a few years?

Another example is how Nima hypes up the new gigantic 100 TeV Proton-Proton Collider project he’s spearheading. The tunnel would be 100km long and the project would cost billions of dollars.

We will finally understand Dark Matter! We will understand the origin of the Higgs particle! We will discover new fundamental particles!

The odds for this to happen are roughly in the same ballpark as Gary’s claims that Veefriends will become the next Disney.

But here’s the thing about these ridiculously large plans.

People emotionally respond to them.

They either get excited or start them ridiculous. But hardly anyone remains untouched by them.

Just think about the effect Kennedy’s announcement “We choose to go to the Moon” had on the whole country.

Grandiose plans are hard to ignore and make people wonder: What if he’s right? I might miss the biggest thing ever!

They divide people into believers and haters; something that doesn’t happen if you make more modest, realistic plans.

Now if you’re anything like me, you have little interest in becoming the next Gary Vee. I’m simply not willing to convince myself that something is amazing if I know it isn’t.

Maybe that makes me a scrub. But I’d call it integrity with my personal values.

However, I do think there are interesting things we can learn by studying the playbook guys like Gary and Nima are using; especially if you’re trying to make a name for yourself online in one way or another (and who isn’t nowadays?).

If you’d like to get more honest strategies and proven frameworks for winning in life and business, then simply join my free newsletter here.